Last week I wrote a blog on various self-defense techniques, and I detailed the top seven to protect oneself from an assault. Possibly a character in one of your upcoming storylines will need such skills. I know I’ve considered using a few in a series of short stories I’ve plotted out already. I’ll eventually write these stories using many of those techniques.

incapacitate the attacker. Here are a few more techniques that may stimulate the imagination to create a dramatic confrontation using only the hands.

Seven of the best methods to kill or incapacitate with your bare hands are:

Full Nelson: While standing behind an enemy, put your arms under his and lock your hands behind his head. Bending the neck forward will do one of several things—break the neck, asphyxiate him, or impede spinal fluid to the brain and cause brain damage or death. The key is to get your hero to spin behind the attacker as soon as possible.

Half Nelson: Again, while maneuvering behind an enemy, place only one arm under the attacker to pin that arm and lock down behind the head in the same manner as above. This tactic is less effective and possibly not lethal, but it can incapacitate to some degree.

Pinned Drop Kick: Standing behind the enemy and holding his arms straight back, a drop kick to the back without releasing his arms may severe the spine.

Brain Buster: With the enemy facing toward your hero, bend the person forward while placing him in a headlock. Grab the back of his belt and haul him into the air upside down while your hero falls backwards. The likely result is that your hero will fall on the enemy’s head and knock out the attacker.

Ear Slap: Oddly enough, coming up behind an enemy and cupping your hands in a 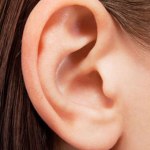 clapping motion over the victim’s ears can kill him immediately. The vibrations caused from the clapping motion will likely burst the eardrums and cause internal bleeding in the brain.

Abdomen Assault: A substantial blow to this area will stun the attacker and may rupture a vital organ.

Kidney Punch: A large nerve that branches off from the spinal cord comes close to the skin near the kidneys. A direct “knife” blow with the knuckles of one hand may be lethal.

As mentioned in my last blog, an effective counter attack is extremely important. It’s said that a battle is never won by defensive action alone. If assaulted, attack back with all your might and look for areas of the aggressor’s body that may be vulnerable and open to attack.

Doing so could mean the difference between life and death!

With experience in both pharmaceutical manufacturing and clinical patient management, medications and their impact on one’s quality of life have been my expertise. My secret passion of murder and mayhem, however, is a whole other matter. I’ve always loved reading murder mysteries and thrillers, and longed to weave such tales of my own. Drawing on my clinical expertise as a pharmacist and my infatuation with the lethal effects of drugs, my tales of murder, mayhem and medicine will have you looking over your shoulder and suspicious of anything in your medicine cabinet.
View all posts by James J. Murray, Fiction Writer →
This entry was posted in A How To Blog on Murder Plot Ideas, A Writer's Psyche, About James J. Murray, About Murder, About Writing, Accuracy in Editing, Accuracy in Writing, Achieving Writing Perfection, All About Murder, All About Writing, Blog Writers, Blogging, Bloodless Death Scene Writing, Bloodless Death Scenes, Characteristics of Killing, Characteristics of Murder, Deciding How to Kill Off a Character in a Novel, Deciding What Types of Fictional Characters Fit Into Your Plot, Defining Murder, Designing Murder Plots, Developing Better Writing Skills, Developing Story Plots, Developing Storyline Ideas, Developing Technologies, Developing Writing Skills, Evidence Free Murder, Fiction Based on Facts, Fiction Based on Real Life, Fiction Writing - A Believable Lie, Growing As A Writer, How to Choose a Murder Weapon for a Plot Idea, How To Write A BloodLess Murder Scene, Ideas for Murder Scenes, Instruments of Death, James J. Murray Blog, Killing a Villain in a Novel, Killing Off Characters in Writing, Killing Off Characters in Your Novel, Murder Mayhem and Medicine, New Blog, New Methods of Murder, New Methods To Kill Characters in Your Novel, Plot Development, Plot Ideas and Where They Come From, Plotting Interesting Murder Scenes, Plotting Murder Scenes, Plotting The Perfect Murder, Prescription For Murder Blog, Self Defense Ideas, Self Defense Lessons, Story Development, The Art of Storytelling, The Art of Writing, the perfect murder weapon, The Psychology of Murder, The Science of Murder, Ways To Kill, Ways to Murder, Writing Death Scenes, Writing Dramatic Murder Scenes and tagged a believable lie, Abdomen Assault Is Deadly, Best ways to kill without blood shed, Best ways to kill without bloodshed, blogging about crime, Bloodless Death Scenes, Bloodless Kills, Bloodless Ways To Kill, Brain Buster Explained, Counter Attacks to Aggression, crime fiction writer, Full Nelson Explained, Half Nelson Explained, how to construct a murder scene, James J. Murray - Fiction Writer, Lethal Ear Slap Explained, Lethal Kidney Punch, Murder Mayhem and Medicine, murder mystery writer, new blog, pharmacist writer, Physical Violence Without Blood, Pinned Drop Kick Explained, Prescription For Murder Blog, Science of murder, Self Defense Lessions, the perfect murder weapon, writing pharmacist. Bookmark the permalink.