The ever-increasing costs of prescription medications have made dramatic headlines over the last twelve months.

One of the more recent and visibly-reported medication increases involved Epipen, the life-saving epinephrine drug used to counteract severe allergic reactions. That drug underwent a 600% price increase over a short period while maintaining a 90% market share due to lack of competition.

Other essential medications also have undergone sharp price increases in the recent past. These include life-saving leukemia-fighting drugs, diabetic medications and anti-clotting pharmaceuticals.

But one of the most dramatic medication price increases in the last year involved a drug called Daraprim, an anti- 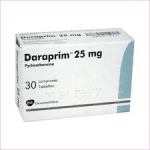 parasitic medication used to treat infections such as malaria and toxoplasmosis. When Turing Pharmaceuticals bought the marketing rights to this drug, the price jumped almost overnight from approximately $US13.50 to about $750 per tablet—over a 5000% increase!

Daraprim is on the World Health Organization’s list of essential medications and that stimulated a group of high school students in Sidney, Australia to figure out how such a price increase could be justified and took on a project to prove that there could be a more cost-effective alternative.

The students, working with University of Sydney chemist Alice Williamson, eventually created 3.7 grams of pyrimethamine, Daraprim’s active ingredient, in their high school chemistry lab for about $20—an amount that would sell in the United States for up to $110,000 at the current manufacturer’s list price.

Although the drug is extremely expensive in the United States because Turing Pharmaceuticals controls the exclusive distribution rights in the States through a loophole called “the closed distribution model”, the drug is out of patent and available in most countries around the world for about $1 to $2 instead of the $750 US pricing per tablet.

The students worked through an online research-sharing platform called Open Source Malaria to duplicate the medication in a more cost-effective manner. They even found a safer way to create the drug since the usual manufacturing process of pyrimethamine from raw ingredients involved dangerous reagents not allowed in their high school chemistry lab.

They successfully synthesized the drug in a safer, more cost-effective manner and the resulting medication’s purity was confirmed by spectrograph analysis. Therefore, these industrious students creased a new version of Daraprim—a generic that could compete with the Turing Pharmaceuticals version in the US market.

Unfortunately, any competing drug for Daraprim would have to be compared to the branded drug in extensive clinical trials to receive FDA approval and that would be an expensive and arduous process. The main goal of these students was to prove that a true generic version of this malaria drug could be made inexpensively and they accomplished that.

Hopefully, an inspired generic manufacturer would attempt to use

their research and the new technique of engineering this drug since these students were kind enough to publish their manufacturing process fully and free online.

Kudos to this brilliant, selfless group of budding scientists!