MOLLY – It’s Not Just a Girl You Used to Know!

The experience starts with a slightly bitter taste as it passes over the tongue. In a matter of

minutes, a feeling of euphoria washes over you like waves. Soon a prolonged high kicks in (like an extended adrenaline rush) and you feel tranquil and completely comfortable with those around you—like you were meant to be exactly wherever you are at the moment.

In a few hours, however, that extreme happiness gradually diminishes and you return to normal with no withdrawal or depressed feeling. This is what a “MOLLY TRIP” experience is said to be like.

It sounds pretty great to say the least, but that feeling of ultimate belonging comes with a price. “Molly” is the term used for the pure chemical in Ecstasy that’s responsible for Ecstasy’s euphoric high.

This chemical has become a popular recreational drug and, in the party drug culture, is considered a safer alternative to Ecstasy since Ecstasy pills are often being laced with everything from caffeine to pure methamphetamine. These, and other more dangerous contaminants, are giving Ecstasy a bad reputation and causing thrill-seekers to look elsewhere.

That’s where MOLLY comes in as a safer replacement. “Molly” (a name shortened 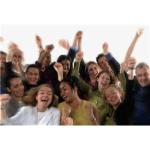 from “molecule) is actually 3, 4-methylenedioxy-N-methylamphetamine (commonly known as MDMA) and it’s the colloquial name for the psychoactive chemical in Ecstasy that produces those distinctive emotional and social effects without the addictive properties that come from the usual additives laced into Ecstasy pills.

According to statistics published by the United Nations, an estimated 10-25 million people globally used MDMA at least once in the previous year (2008 data). And its use is about the same as that of cocaine and methamphetamine compounds, but far less than cannabis use.

Although MDMA is considered a safer choice than other psychoactive drugs, it does have its drawbacks and lethal potential. While the drug generates its signature euphoria, diminished anxiety, and its unique feeling of mental and psychological intimacy with others, the drug also produces a distorted view of reality. This distortion is central to creating a strong potential for abuse (and lethal overdosing).

With an overdose of MDMA, or Molly as it’s called on the dance floor, the user

experiences a lethal increase in body temperature (partially from hyperactivity) and the hyperthermia could result in seizures, brain damage, cardiac arrest, and possibly a temporary coma as the brain is flooded with serotonin (the feel-good neurotransmitter), norepinephrine and dopamine.

For my writer friends, this drug would make an excellent chemical murder weapon and a marvelous new twist for a murder mystery plot. The drug is usually found in powder or crystalline form and is either inhaled or consumed.

Since the drug is bitter and can leave a nasty aftertaste, the drug is often “parachuted”—that is, it’s folded into a tissue and swallowed. Once the euphoric effects kick in, real time becomes distorted for the user and repeated doses can be suggested or given to overdose.

Interestingly, MDMA has therapeutic benefits as well, particularly in cognitive 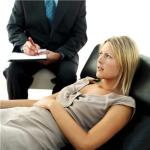 and psychiatric treatment settings. Studies have shown that MDMA can relieve PTSD (post-traumatic stress disorder), relieve the anxiety associated with terminal cancer and can be used to treat certain addictions. There again, I see additional potential for murder plots to be developed by a writer’s fertile mind.

MDMA (Molly) is criminalized in most countries and is found only as a street drug, except in highly controlled drug studies. In the United States, it’s classified as a Schedule 1 drug by the DEA (like heroin) because of its high abuse potential and limited medical use.

It should be noted that the Global Commission on Drug Policy has considered a recommendation that educating the public about this drug might be more important than curtailing its supply. Now that’s an interesting thought for an international conspiracy plot if I ever saw one!

4 Responses to MOLLY – It’s Not Just a Girl You Used to Know!