Scopolamine, also known as hyoscine and sold as Scopderm Patches, is a powerful drug known in the pharmaceutical world as a tropane alkaloid drug and is classified as an anticholinergic that affects the parasympathetic nervous system. In normal speak, that means, among other things, the drug dries up secretions and prevents intestinal cramping.

Therefore, the drug has many legitimate uses in modern society. In very small doses, the drug is quite effective in treating and preventing motion sickness and is often

used as a trans-dermal patch for people traveling the high seas on those beautiful cruise ships. In a more clinical setting, scopolamine is used to prevent postoperative nausea and vomiting and to dry up respiratory mucus.

More recently, however, this drug has become an effective tool used by Columbian drug gangs to incapacitate victims and to relieve them of their valuables, their virtue and even their organs while a victim is under the drug’s influence. Last week’s blog highlighted this practice and its growing threat to become a new drug of choice in these unusual criminal acts.

Today, however, I’d like to warn travelers of the dangers of using a Scopolamine patch

in combination with other drugs and alcohol. Scopolamine is a CNS depressant and can cause confusion, hallucinations, delusions, rambling speech and paranoid behavior. When used in conjunction with other central nervous system depressants (such as tranquilizers, antidepressants, and sleeping pills), the dangerous side effects can be exacerbated to a point that the person begins to act irrationally and becomes self-destructive.

Travelers using the scopolamine patch are usually on vacation, and more alcohol than usual is consumed during this time. It would not be unusual for a person to have several drinks before, with and after dinner while wearing a motion sickness patch. A usual side effect would be an enhanced alcoholic effect and even an amnesiac effect.

Thus, a person using a scopolamine patch in addition to certain drugs and alcohol might

have no memory of what happened while under the influence. Thus, a traveler on a fashionable cruise ship might be embarrassed to learn the next morning that he or she was dancing on the tables the night before and being the life of the party.

I remember a particularly interesting traveler on a cruise I took several years ago. There was a woman that my wife and I played bridge with during the afternoons while at sea. She was very refined and even a bit reserved at the bridge table.

In the evenings when my wife and I would go to the night club for some dancing, however, we would see this woman saunter into the club and head straight for the dance floor. Although all alone on the dance floor, she would gyrate her mature hips to the music and cozy up to a pole at one side of the floor and sway in some interesting and suggestive ways.

My wife made a few “Dr. Jekyll-Mr. Hyde” comments about the woman, but I noticed that she was wearing a seasickness patch and had probably enjoyed several glasses of wine with dinner. I’m convinced that she was having a scopolamine-alcohol drug interaction and that the next morning she had no idea that she was the center of attention in the nightclub the night before.

Every afternoon she would return to the bridge table in her usual calm, composed, refined demeanor. But each night she turned into a woman possessed by music and swaying hips.

So, I leave you with a few words of caution and advice. While preventing motion sickness, also prevent unwanted side effects from occurring by cutting down on alcohol, sleep medications and mood altering drugs by discussing these possible drug interactions with your doctor before traveling. 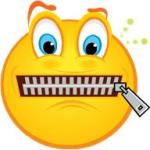 7 Responses to The Scopolamine Patch Nightmare!