Author Interview and Excerpt: “The Clearing” by Thomas Rydder

Today I’d like to introduce a fellow writer and friend, Thomas Rydder, who has just launched his debut novel: The Clearing.

The following is some information about him and his novel. Check out his various sites in the “Stalk The Author” section at the end of this post and then click on the sites listed to order his book. He’d appreciate that!

So now about Thomas Rydder and The Clearing:

daily basis, have a 15-year-old son who manages to be an athlete, socialite, and an honor role student all at once, and own two dogs and two cats who are all mischievous and precious at the same time. In my spare time, I also 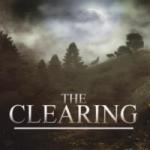 enjoy fishing, reading, genealogy, sightseeing through Charleston, the beach, and watching my beloved Pittsburgh Steelers. “The Clearing” is my Debut Novel.

Tell us a little bit about the everyday ‘Thomas Rydder’ – what is he like when he is not writing.

He’s a guy who’s had what could be called a tumultuous life. Never boring, but sometimes a bit more dramatic that he’d have liked. Now that life has settled down significantly, he’s content to enjoy evenings at home (or out) with his beautiful wife, spoil his cats and dogs, sip a rum and coke, enjoy a good cigar, do a little volunteer work at the feral cat refuge…and slip in some fishing from time to time. Oh… and write, always remember that 🙂

When did you first realize that you wanted to write? What was your first attempt like?

I kinda tripped over writing. I was poking around for something to do in my spare time. See, I’ve always like creating stuff. I sang in a group way back when, played the trumpet in the Marines for awhile, even did some genealogy of a couple limbs on my family tree. So, I was seeking another way to express myself. Now, there are a few ex-high schoolers that owe their English comp grades to me, and my wife knew that. So, she suggested I try writing. I joined a little site called Hubpages – quite a nice place for aspiring authors, by the way – and started giving it a go. Wrote a short story that got some good feedback, then started another. For some reason, it just kept growing, and last Friday, it launched as “The Clearing.” How’s that?

What was the inspiration for The Clearing?

This is going to sound odd, but I have no idea. This isn’t exactly something I’d recommend to anyone – and since reading up on the “do’s” and “don’ts” of writing, I now realize that it was very risky – but I just started writing. I’ve always loved the supernatural, so it wasn’t difficult what I wanted to write about. After awhile it turned into a book. No outlines, no character sketching, none of that. Looking back on it, it’s amazing the thing even got published…

Tell us a little about the book, and where it’s available.

“The Clearing” takes place in a small town in southwestern Pennsylvania. Through a series of grisly events, the residents come to realize they have some unwanted – and very dangerous – visitors. (The full moon on the cover might give potential readers a hint as to what kind of visitors.”)  They have to rid their peaceful little burg of these new arrivals – and prevent one of their own from becoming one.

It’s available both in Kindle format, and also paperback at:

UnitedStates I TheUnited Kingdom I Canada

United States I The United Kingdom

How would you introduce the protagonist to your prospective readers?

Sheriff Frank Cutlip. He’s lived his entire life in an orderly fashion, and is a career Marine. Now that he’s retired and living back in his home stomping grounds, he just wants to be the sheriff, give out some tickets, and enjoy a quiet life. It doesn’t exactly turn out like that.

Is there a personal quirk that you have given to one of your characters? If yes, then what is it and who did you give it to?

There are a few of them that have quirks, but I think my favorite is farmer Dan Wigand. He’s a big fellow, has a huge heart, but he’s also very headstrong and loud, and he tends to take over a situation that he’s involved in.

Do any of your personal favorite authors influence your style of writing? If yes, then who and how?

Dean Koontz, without a doubt. He’s a master at picture painting, in bringing the reader into the scene so it seems you are standing on that street corner – or watching that fang-dripping, snarling beast creep toward you. He’s unparalleled, as far as I’m concerned.

Books : The Watchers, all of The Rook Series, and Shogun

#1 Hands down: vacationing in Australia with Denise

What is the one thing that you wish that every reader would take away from your novel?

Heroes are everywhere. They don’t always wear capes, they are just as afraid as anyone else, and there’s no pictures next to the term “hero” in the dictionary. Being a hero just means conquering your fear and refusing to give up.

Anything else that you would like to tell to the readers, both who have read and are about to pick up a copy?

I think what I like best about the story is there aren’t any heroes in it that are familiar with guerrilla tactics and martial arts, or ripped with muscles. As my publisher said, it’s “Ordinary people thrown into extraordinary circumstances.” Here’s an excerpt:

An eerie howl split the night air. It seemed to go on forever, rising in pitch and holding, before slowly falling off. Beth felt the hairs on the back of her neck stand up, and Lizzie stood frozen, staring up into the hills. Beth had completed her graduate work in the Gila National Forest of New Mexico, and had heard her share of coyotes yelping.

This wasn’t a coyote.

The howl was stronger—almost demanding—and lacked the mournful tone of a coyote’s lament. Flapjack whined then sprang up to pace back and forth, hunching his shoulders and sniffing ceaselessly. Another howl burst forth, this one closer.

Keeping her eyes on the dog, Beth commanded, “Honey, go inside. Everything is fine, but I think you should go in for a minute.” A third howl cut off any protest the youngster might have made, and the slamming screen door was evidence of her compliance. Turning her attention back to the woods line, Beth considered the agitated canine. “Come on, boy. Let’s go inside. We got enough bugs tonight, anyway.”

Suddenly, a faint rustling came from just inside the trees, and as her eyes snapped toward the sound, she could swear she saw a shadow flitting by an opening. Flapjack’s whimpering elevated and he was now standing with ears up. Suddenly, he bounded forward and cleared the fence in one leap. Beth scarcely had time to scream “Flapjack!” before he disappeared into the blackness of the forest.

After twenty years in the Marine Corps, Major Frank Cutlip comes home to the quiet hills of his beloved Pennsylvania to take up a new life as the sheriff of Allegheny County.

Professor Beth Lowe took up a post at Paxton University because she became enamored with western Pennsylvania’s charms, a more enduring love than she thought she would ever feel for a man. When Beth’s dog is savaged by wolves, their peaceful lives are shattered, and their fates entwined. On the brink of death, the dog not only survives but grows larger… and more vicious. A thousand-year cycle of carnage is reaching its climax once more, and the peaceful wooded hills will soon be smeared with blood.

Sheriff Cutlip leads his community in a hunt for the hidden terror, but then his own brother is bitten, his blood corrupted by the ancient evil. The sheriff must confront terrible choices, and he can’t do so alone

The Clearing — a novel of ordinary people thrown together in extraordinary circumstances.

It’s set in a version of my hometown of Apollo, Pennsylvania

Every character in the book shares either a first or last name with someone I grew up around.

My little hometown has exactly the same number of policemen as the book has. And one less patrol car.

I studied quite a number of lycanthropy legends in order to fashion the plot. I also sprinkled some of those facts as information one character shares with another while also performing research.

Sheriff Frank Wigand is an ex-Marine (no such thing, actually) because I am, too.

With experience in both pharmaceutical manufacturing and clinical patient management, medications and their impact on one’s quality of life have been my expertise. My secret passion of murder and mayhem, however, is a whole other matter. I’ve always loved reading murder mysteries and thrillers, and longed to weave such tales of my own. Drawing on my clinical expertise as a pharmacist and my infatuation with the lethal effects of drugs, my tales of murder, mayhem and medicine will have you looking over your shoulder and suspicious of anything in your medicine cabinet.
View all posts by James J. Murray, Fiction Writer →
This entry was posted in About Author Thomas Rydder, The Clearing - A Novel and tagged fiction writer, The Clearing, Thomas Rydder, writing career. Bookmark the permalink.